Korean beef tacos in the Instant Pot is a really flavorful dish that will give your taco game a fun new twist. It also uses ingredients that you probably have in your pantry, and since it’s made in the pressure cooker, you’ll have this dinner on the table in a flash. 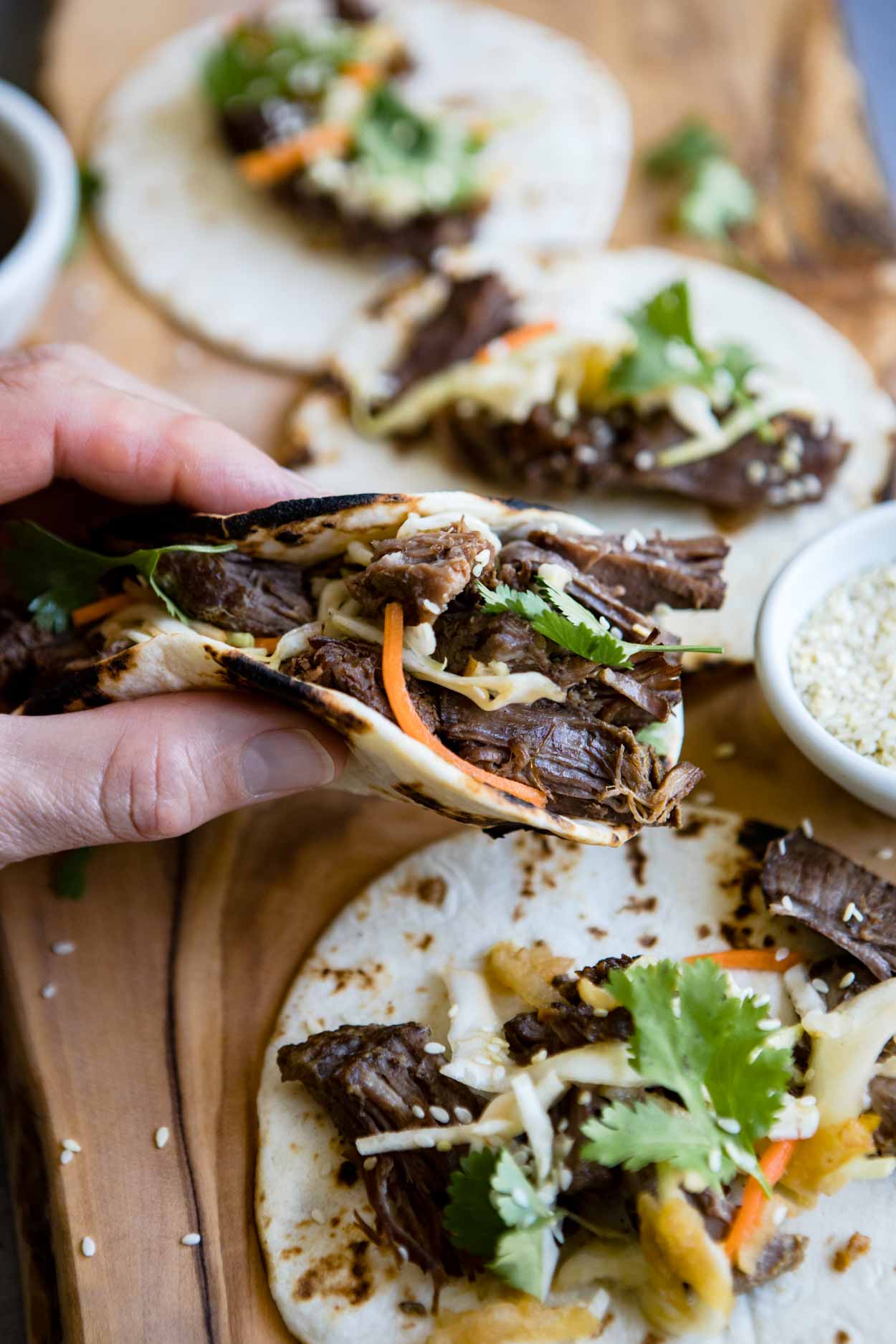 Another great thing about this recipe is that it truly has a unique flavor and you can vary the options for the coleslaw topping. Heck, you can even ditch the tacos if you really didn’t have any tortillas, and use the meat as a great bowl topping with rice and salad. As I often say, the possibilities are endless! Let’s get started shall we? 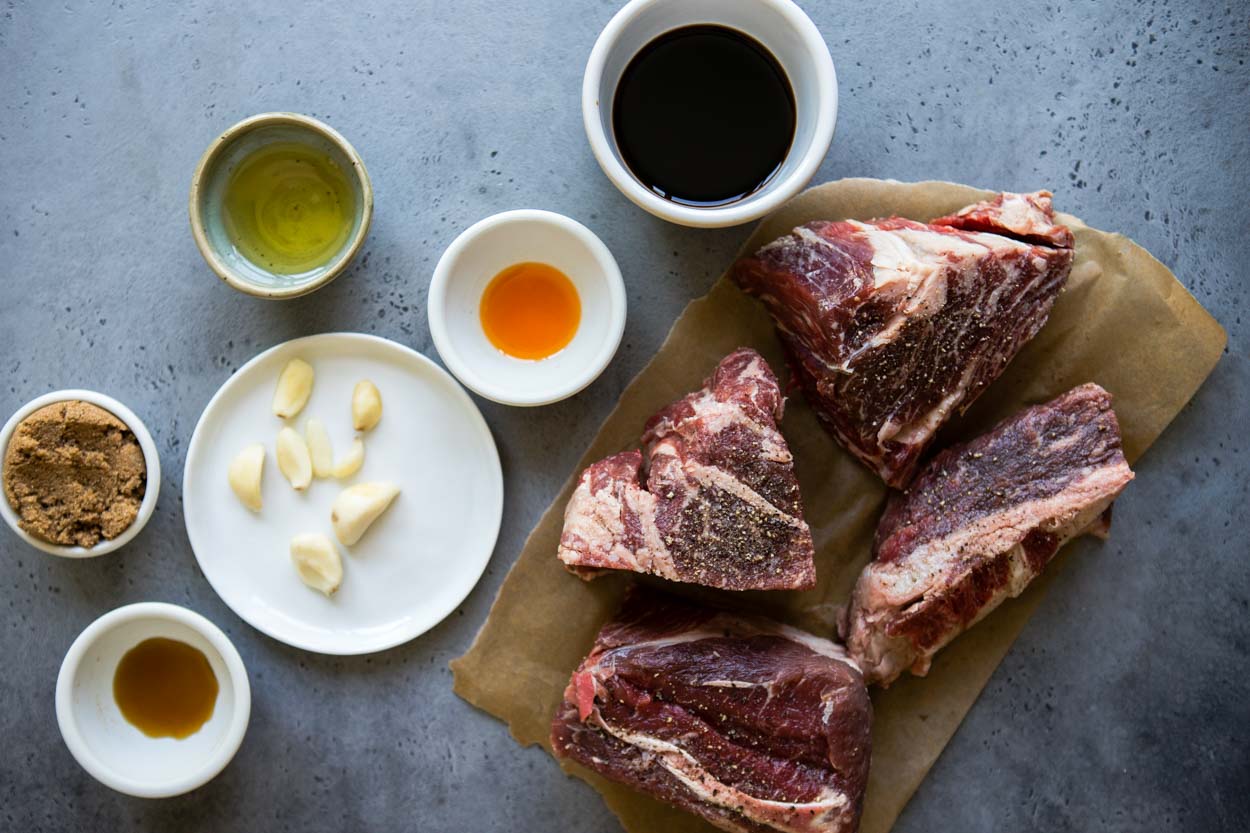 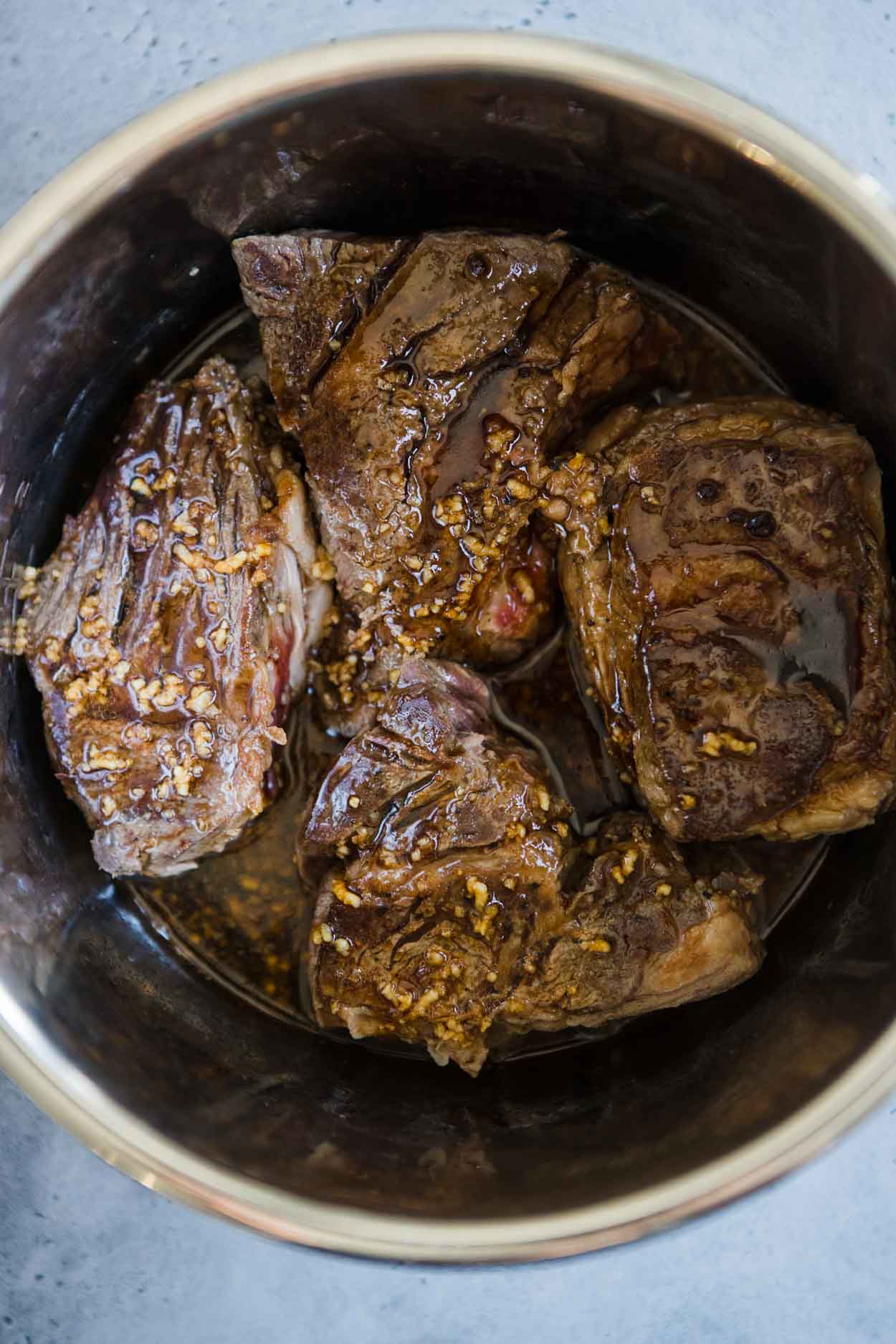 Remove the beef from the pot and allow to slightly cool before shredding. You can return the shredded beef back to the pot, but I recommend placing in a serving bowl and putting the IP to soak while you eat your dinner. This will make for easier washing in the end!

Serving something crunchy on top of these yummy Korean beef tacos is a definite must! You just need to decide if you’re in the mood for a creamy or light, tangy topping. What ingredients you have on hand may also determine it for you ha! At any rate, read below for 2 different options. 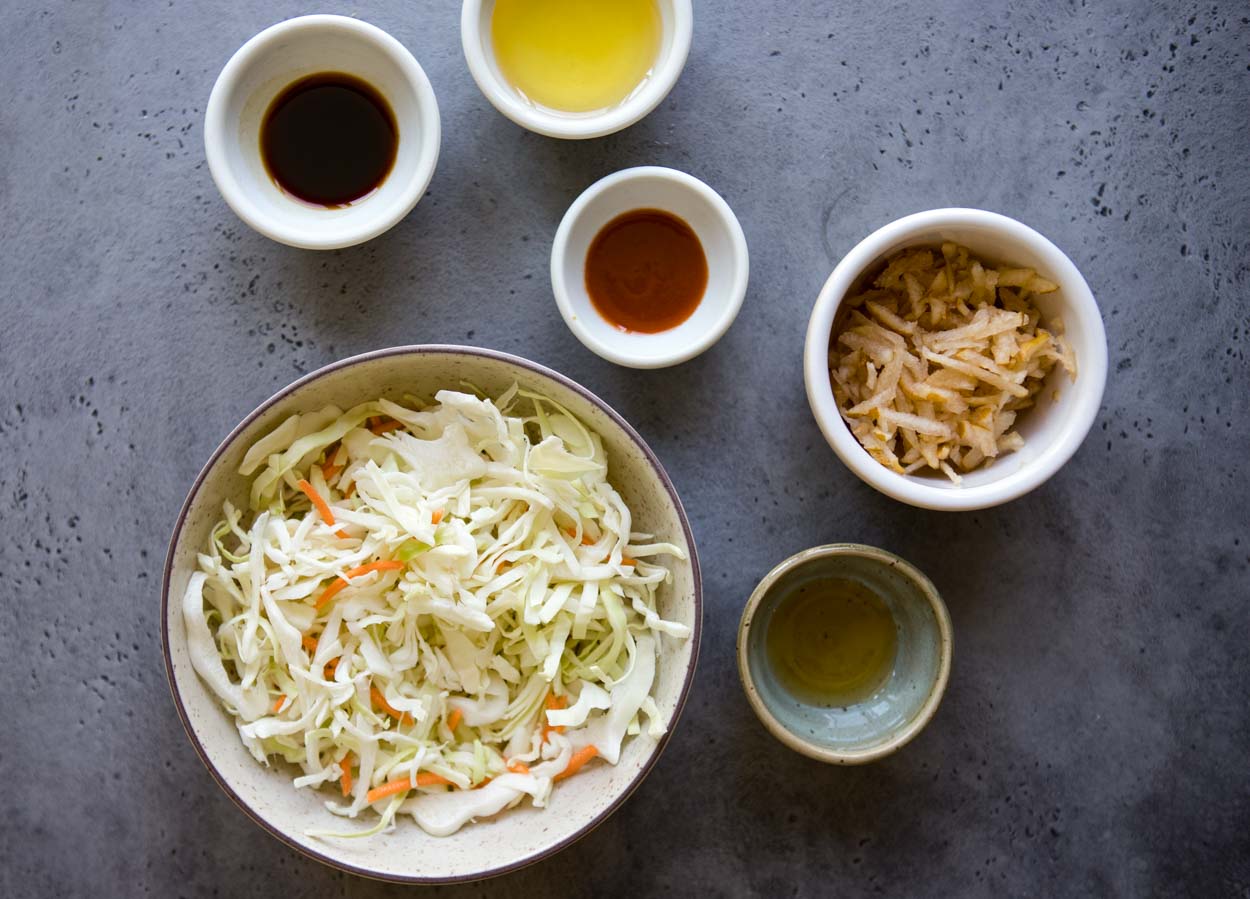 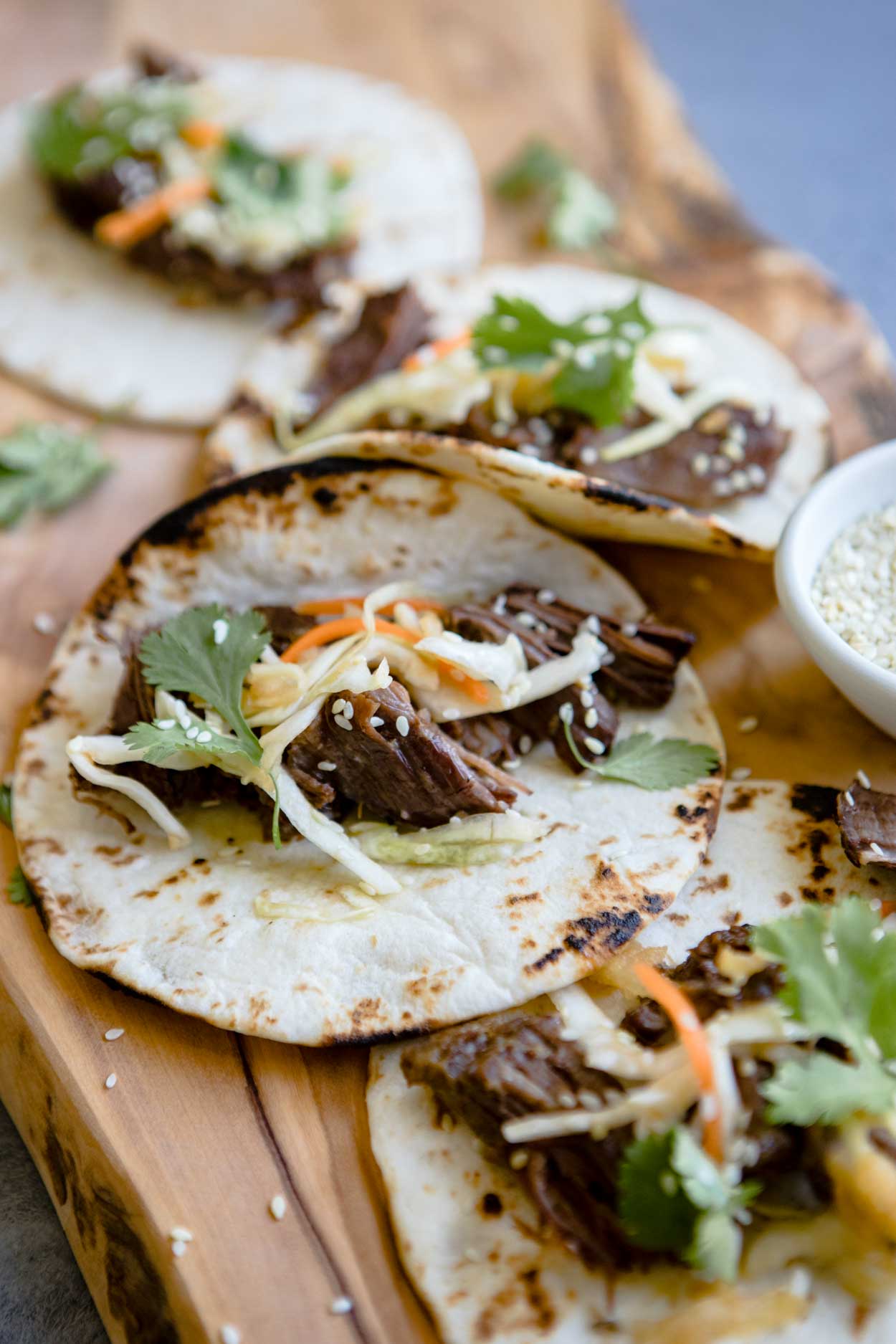 Why Do You use both natural and Manual quick release in this recipe?

With a manual release, the cooking time immediately ends. This is really important for foods you don’t want overcooked, like veggies, potatoes and seafood. Natural release is great for large cuts of meat, stews and soups, because the food essentially continues to cook, but at a much gentler pace. For meats, think of this natural release time as a resting period. For soups, it’s like a gentle warming simmer.

Typically you would use a slow natural release on a large cut of meat like a chuck roast, but since we cut this roast into quarters, we don’t want it to get overcooked and tough. So let it “rest” for a few minutes, then manually release the rest of the pressure to stop the cooking. 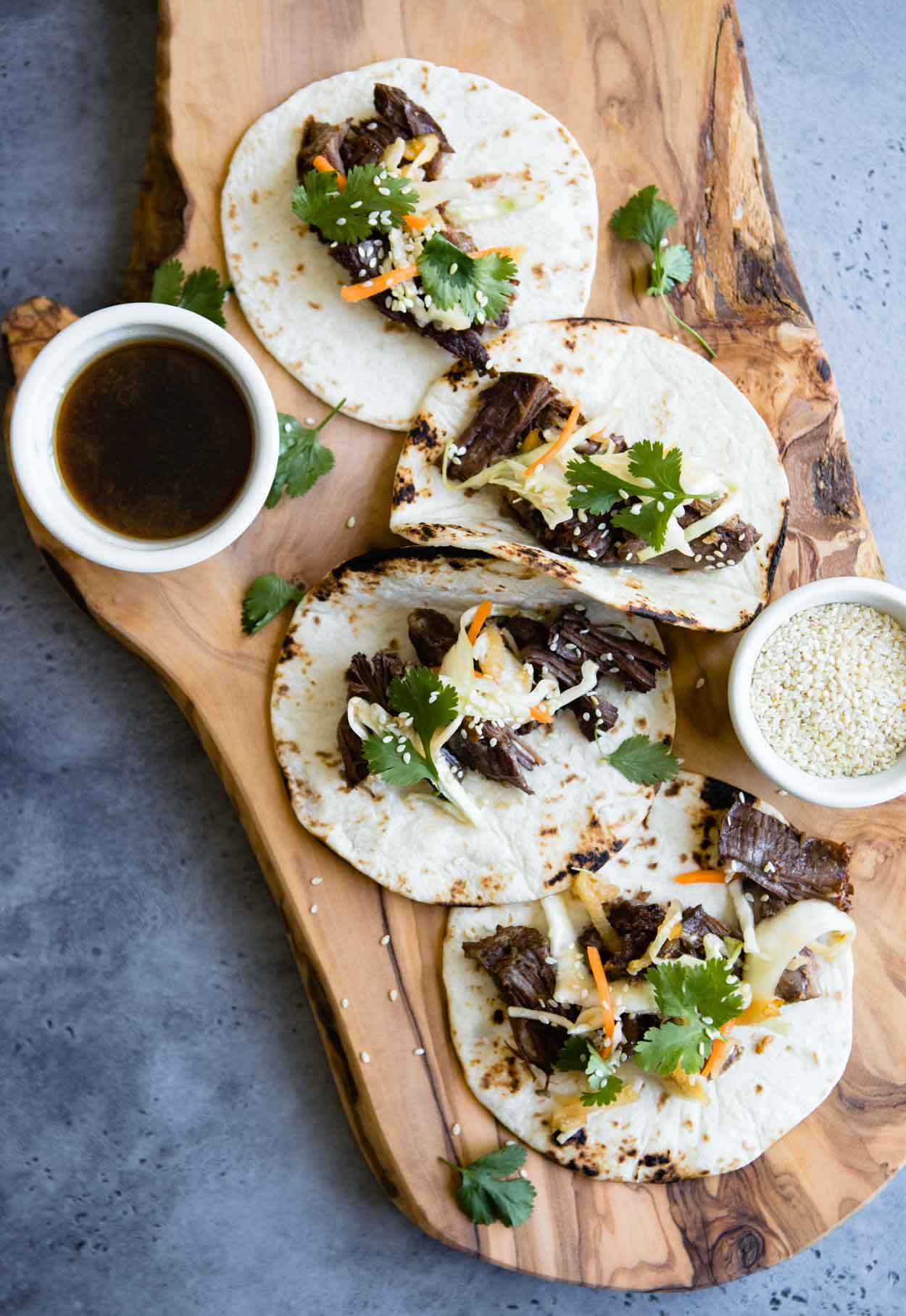 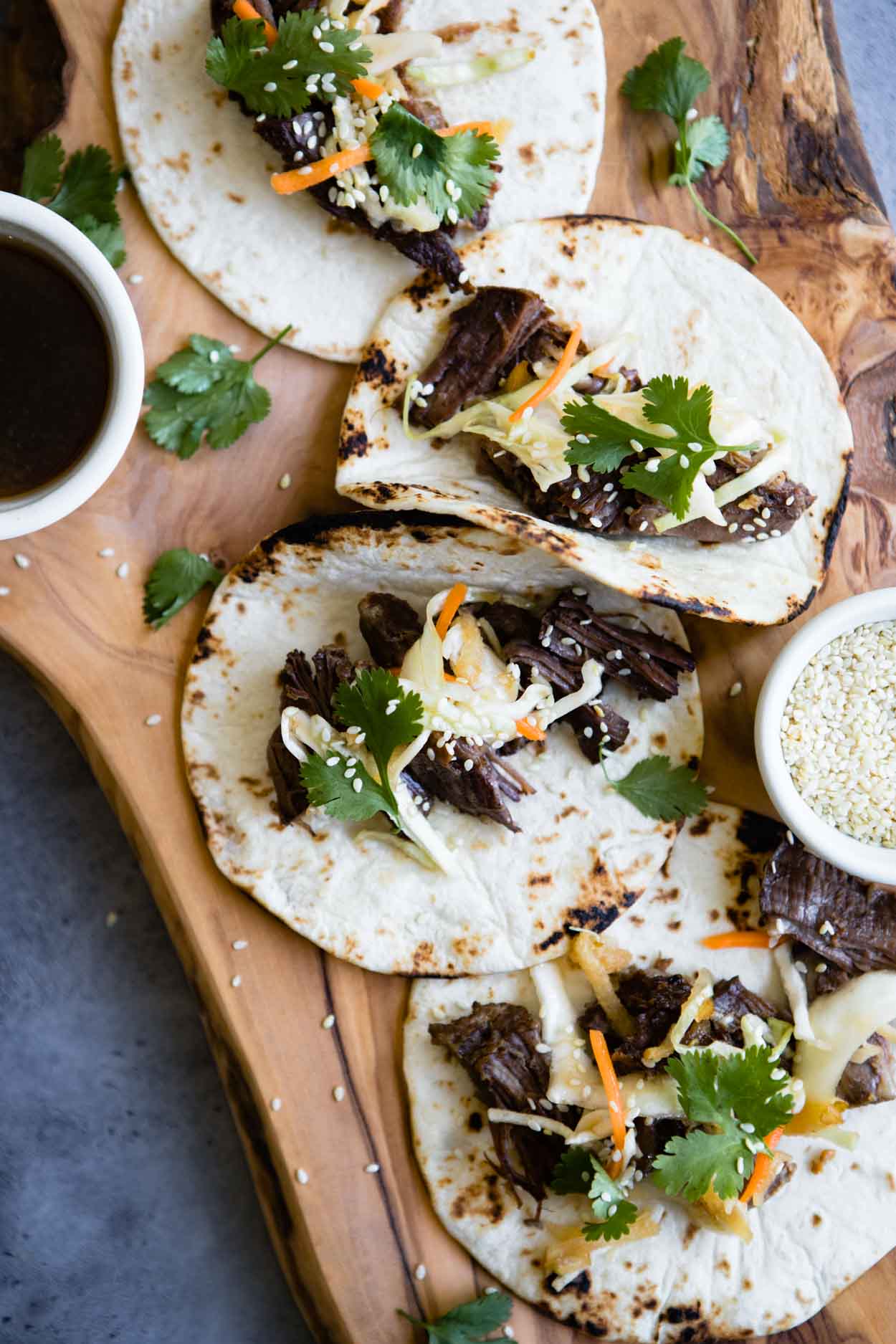 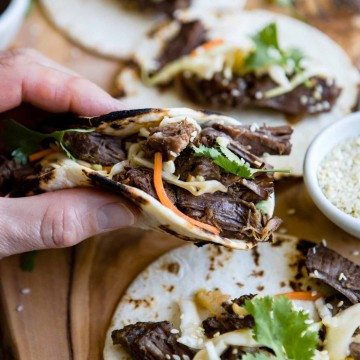 Korean Flavored Instant Pot Beef Tacos are an easy and delicious way to put a fun new twist on Taco Tuesday. Ready in about an hours time, this is a fast & easy recipe to serve any night of the week!
4 from 1 vote
Print Pin Rate
Prep Time: 10 minutes
Cook Time: 50 minutes
Total Time: 1 hour
Servings: 4
Author:Andrea

If you are using a 2-2.5 lb cut of meat, reduce your cooking time by 5 minutes. If you would like to cook in the slow cooker or use the slow cooker function on the Instant Pot, cook for 6-7 hours.

Follow along with me on Instagram! And if you make this recipe be sure to use the tag #howeweliverecipes so I can check it out! I love seeing what you’re making!