Late last year, after a few months of consistent nose to the grind hardwork and a bit of luck, I found myself enjoying the benefits of earning a paid 3 day vacation to the Ojai Valley Inn & Spa, compliments of Beautycounter. Between a few training sessions, we were free to roam and relax, kid-free, for a full 3 days, and were pampered with a spa treatment, dance party and sunbathing. I made some new friends, ate a ton of great food, gleaned some fresh new ideas on how to run my business, and left with a lot of great memories. A year later, I still daydream about that weekend, and one dish in particular stands out, these brussels sprouts. 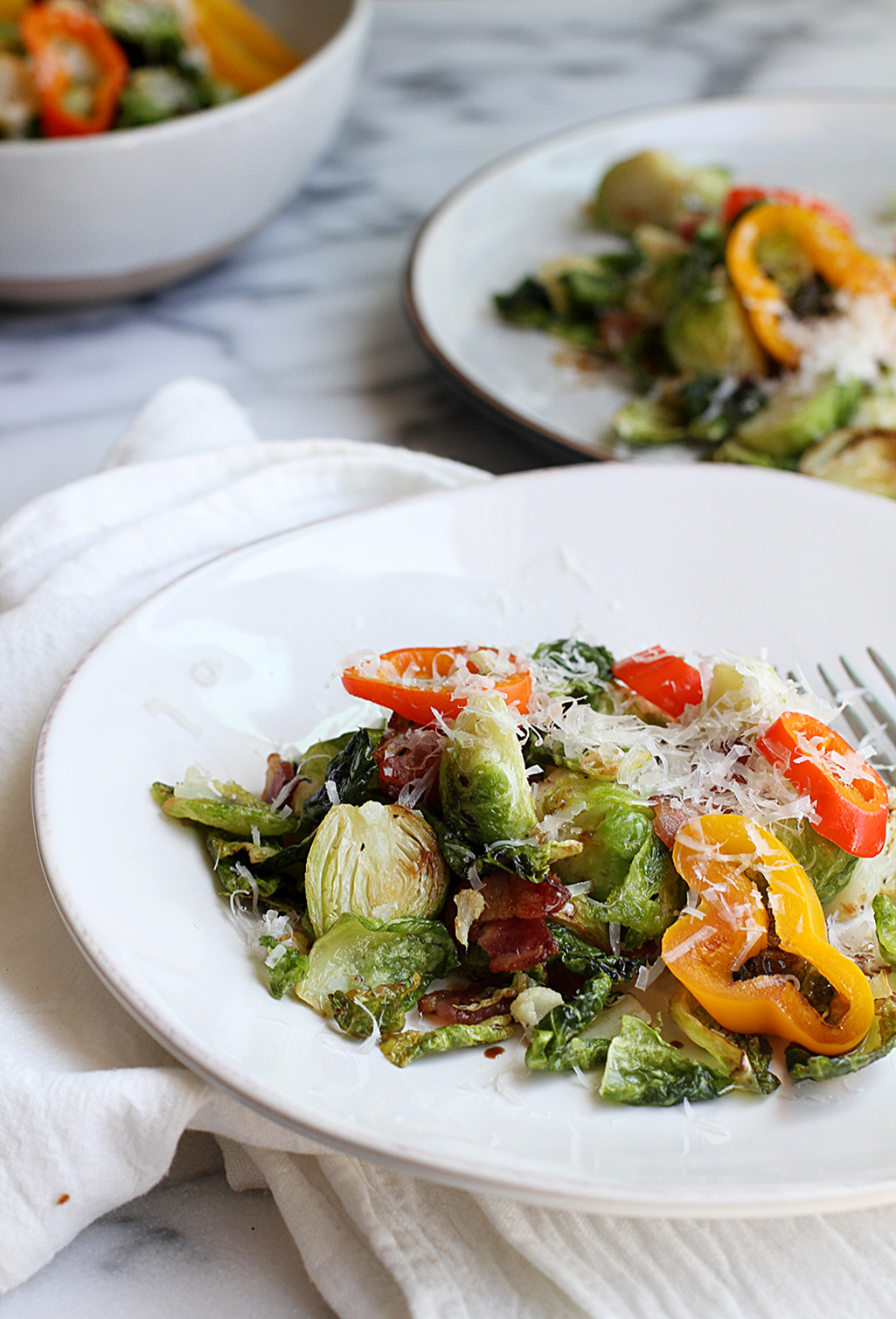 Perfectly tender yet still crisp, the saltiness offset of the sprouts and cauliflower, with just a bit of punch from the pickled sweet peppers, it’s the ideal blend of flavors to keep you wanting more, long after they’re gone. I think just about every one of us on that Ojai trip last year ordered a plate of these at lunch each day, and afterwards, the chef was generous enough to gift us with the recipe so that we may make them at home. 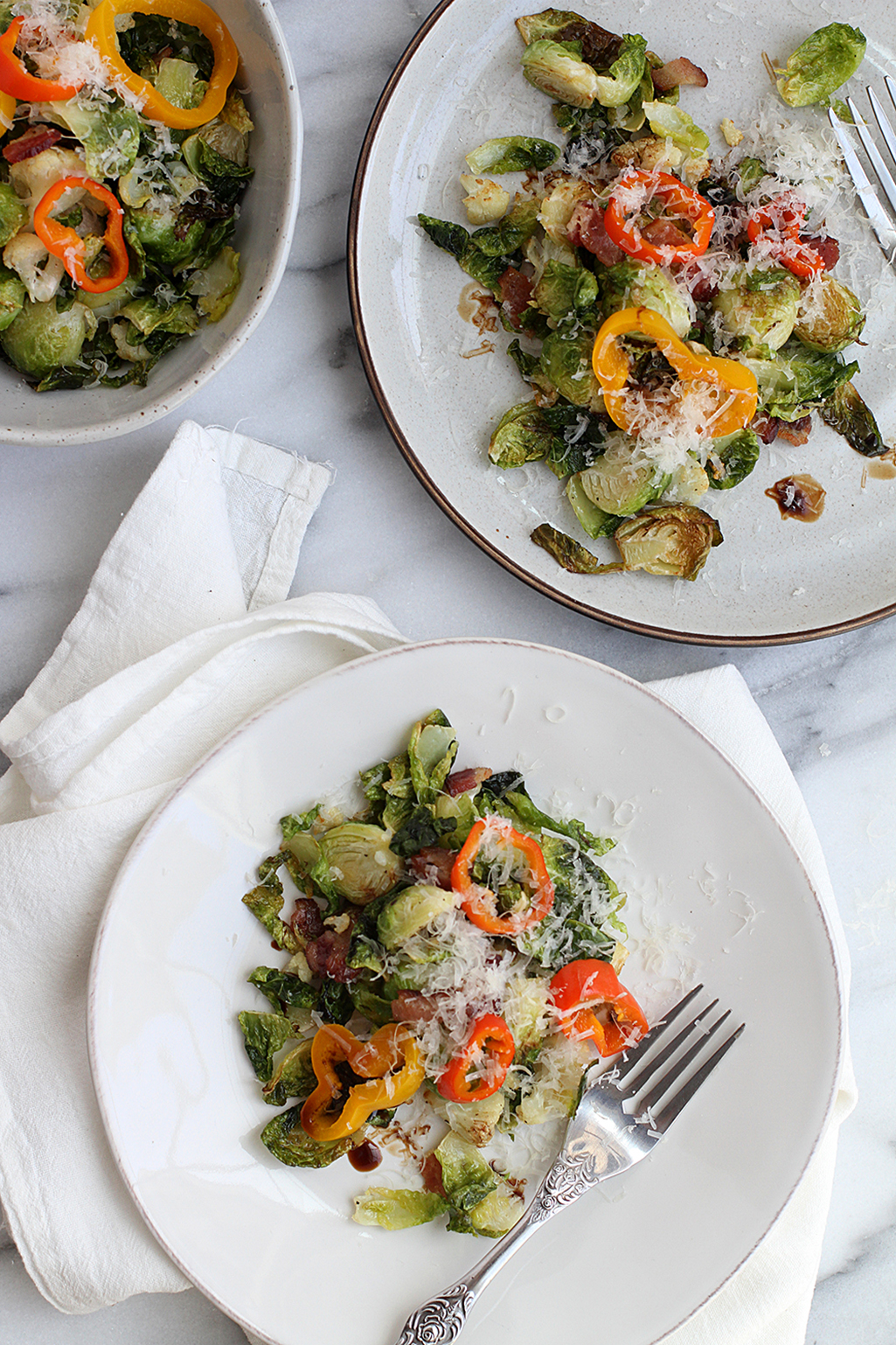 I’d rather dedicate my time to the centerpiece of the meal, the main dish, therefore I tend to favor really simple recipes for cooking up veggies, since I see them for what they are; just a side dish to the main. But these are meaty enough to stand up as a light meal on their own, especially when accompanied with a simple small salad or a baguette and some decent cheese. With that being said, don’t be intimidated by the few extra steps in this recipe, as they are relatively foolproof. 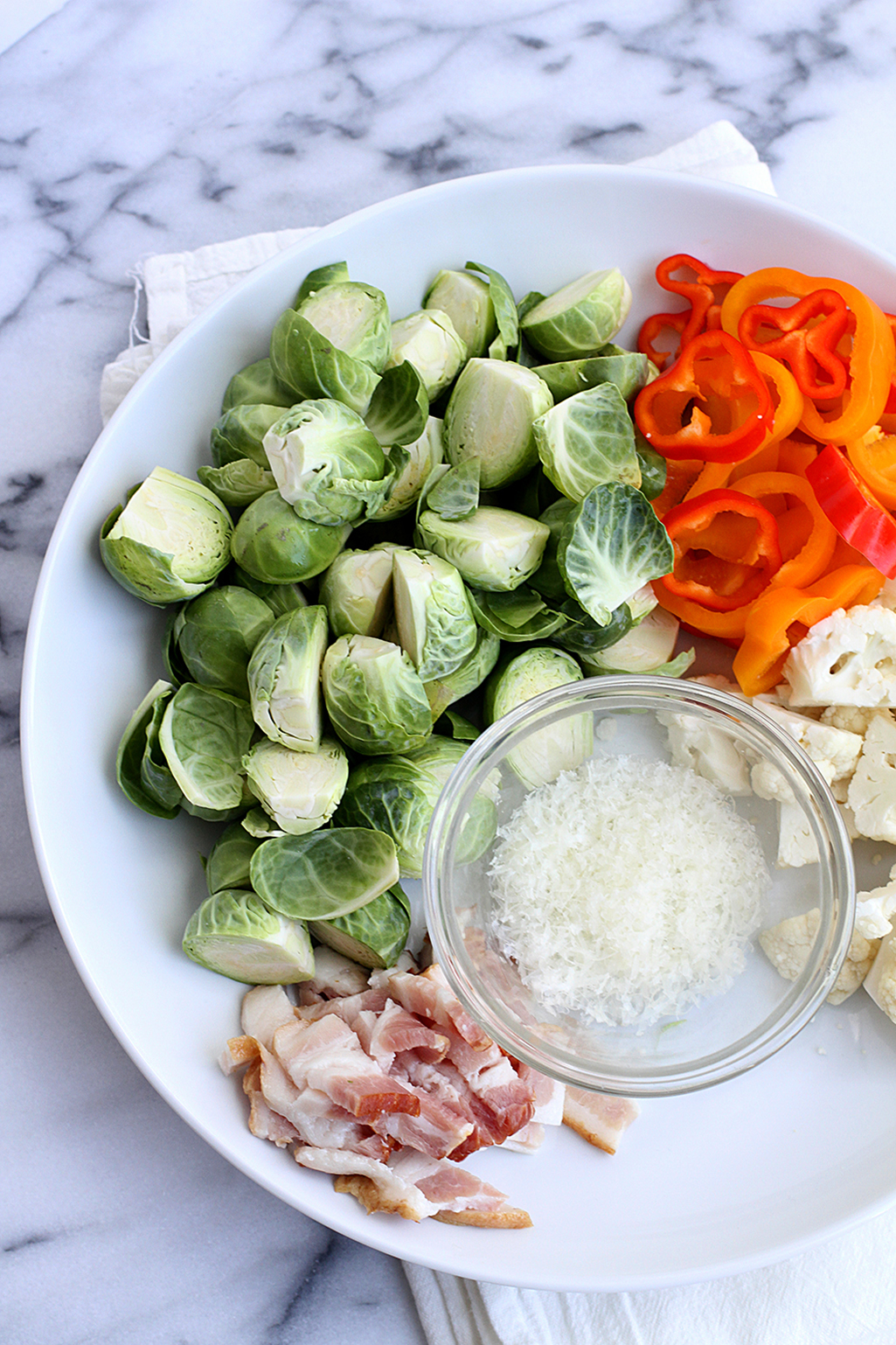 And if you’re adverse to deep frying these babies up, you can just as easily roast the sprouts and bacon together, and still have an excellent dish when topped with the pickled peppers and parm. You’ll just be missing some of the crispiness from the fried leaves, but can further compensate by putting them under a broiler for 2-3 minutes after they’re done roasting. 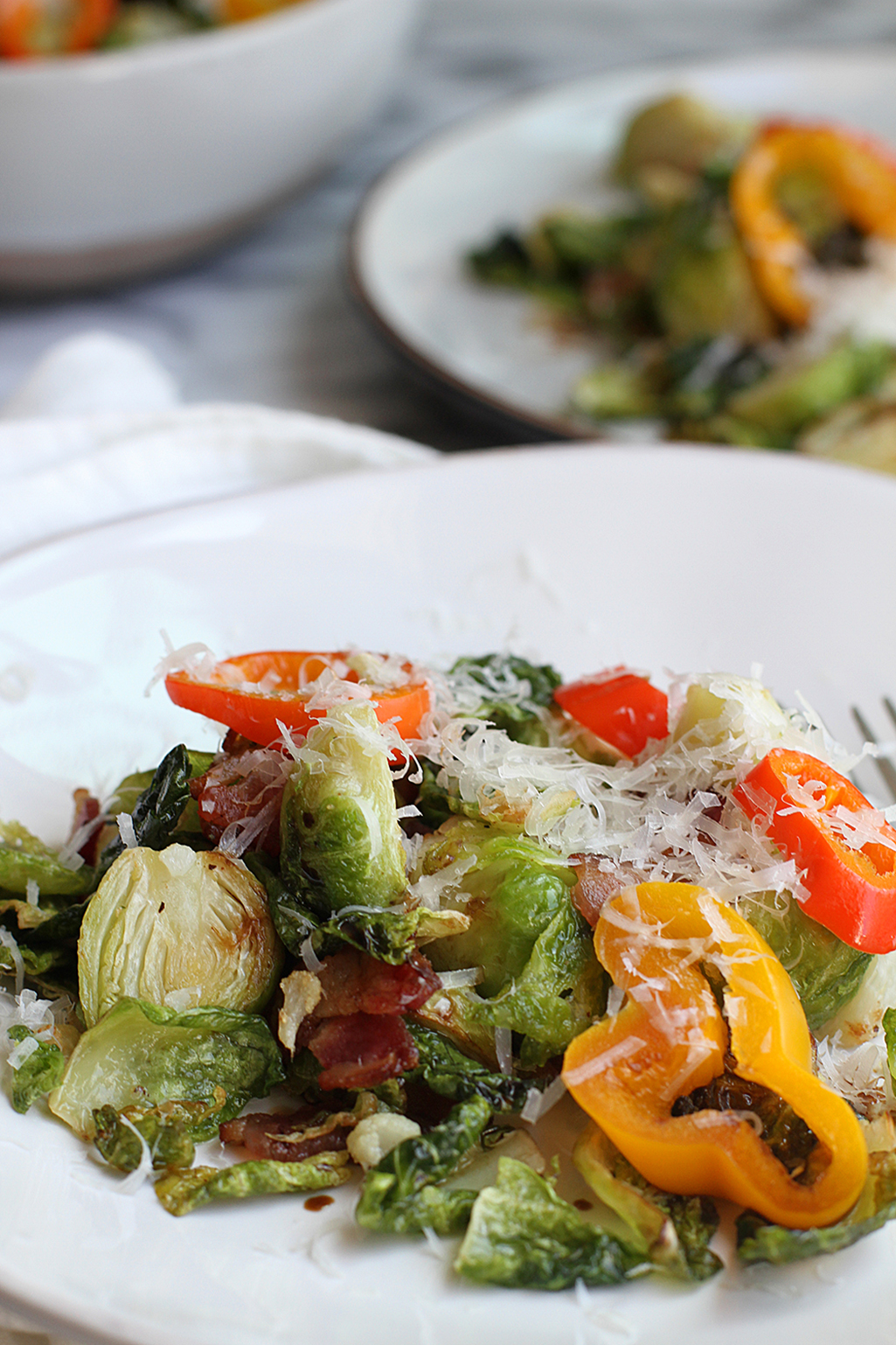 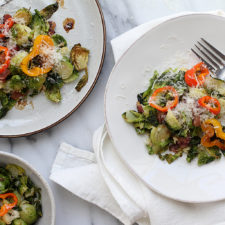 Tender yet crispy brussels sprouts and bacon are offset by the tang of pickled sweet peppers and a sprinkling of Parmesan cheese, making this a robust side dish or light dinner.
No ratings yet
Print Pin Rate
Prep Time: 20 minutes
Cook Time: 10 minutes
Total Time: 30 minutes
Author:Andrea