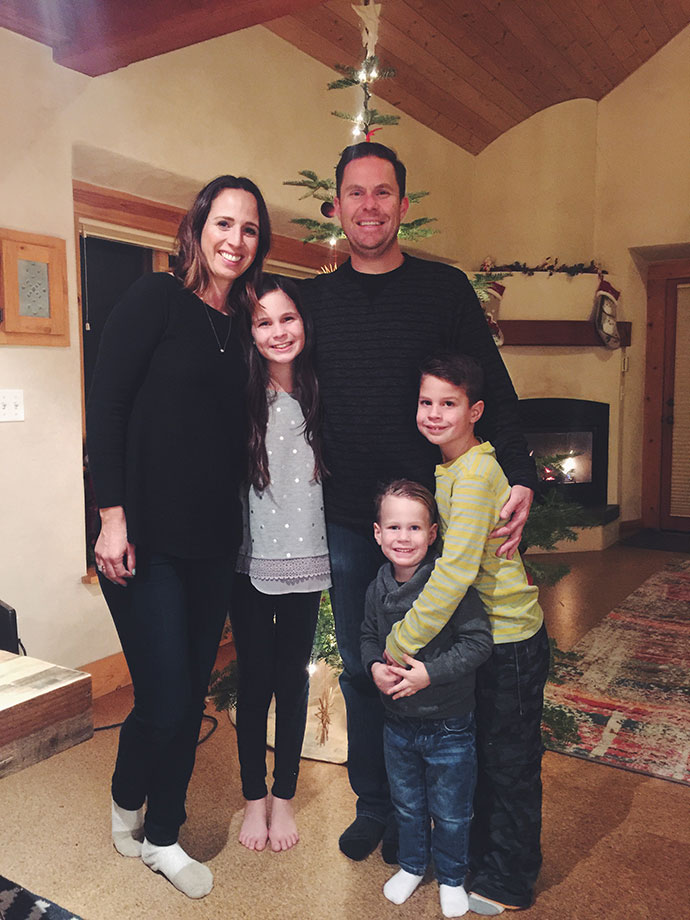 Last year, I wrote a post detailing the different things that worked for us throughout the year. Changes in products, routines, or simply sticking to things that already felt right, the exercise of looking back and reflecting on the good, with how life went right, instead of how it went wrong, felt unabashedly positive and wonderful for the soul. So, why not repeat the process, especially since 2015 was full of changes? Here’s my list, in no particular order, of what worked well for me, the kids, and us as a family, this past year.

Audible (as well as Overdrive): An avid reader for as long as I can remember, I just this year actually began listening to audio books. Growing up, my father was more likely to play a library loaned “book on tape” on his cassette player, than actual music, but for some reason I never saw the appeal. Well, this year I finally caught on to what is so captivating about books on tape, especially when talking solo walks and doing chores around the house. Beyond their ability to rack up book reading productivity, they also have a knack for bringing characters to life in a way that’s almost impossible with standard books, and there were several I listened to this year, which I think I actually enjoyed much more than had I read them in standard form. I initially signed up for Audible, but quit after a couple of months to save some cash, only to eventually sign back up because I missed it so much. The Overdrive app, which allows you access to your local libraries e-books and audiobooks is great, however most popular and newer books usually require a long wait list. Audible offers that instant satisfaction of course, so I just limit my subscription to 1 purchase a month, then rent standard books the rest of the time.  Keep an eye out for a post listing the 25 books I read last year, coming up next week.

Walking + MuTu System: Thanks to MuTu and Audible, I took up a regular walking routine this year, and as much as it makes me feel like a geriatric to fess up, I have truly grown to love walking and look forward to the days when Art and I are empty nesters and take our daily walks together haha! I wrote about the MuTu system for healing my diastasis recti earlier in the year, and part of the program requirement was to take a 20 minute daily walk, hence why I began walking. I’ve since stopped using MuTu, although I keep up with the regular walking schedule and ab exercises. By the way, I’ve continued to see improvement in my pelvic floor function, which means I no longer pee when sneezing or jumping and my gap has closed to a small finger width opening. However, the belly is still there, so while definitely flatter, I’ve now come to the realization that what’s left of my mom pooch is truly just loose skin and a few extra pounds, and not something that will be magically go away now that my diastasis is essentially healed. Womp womp 😉 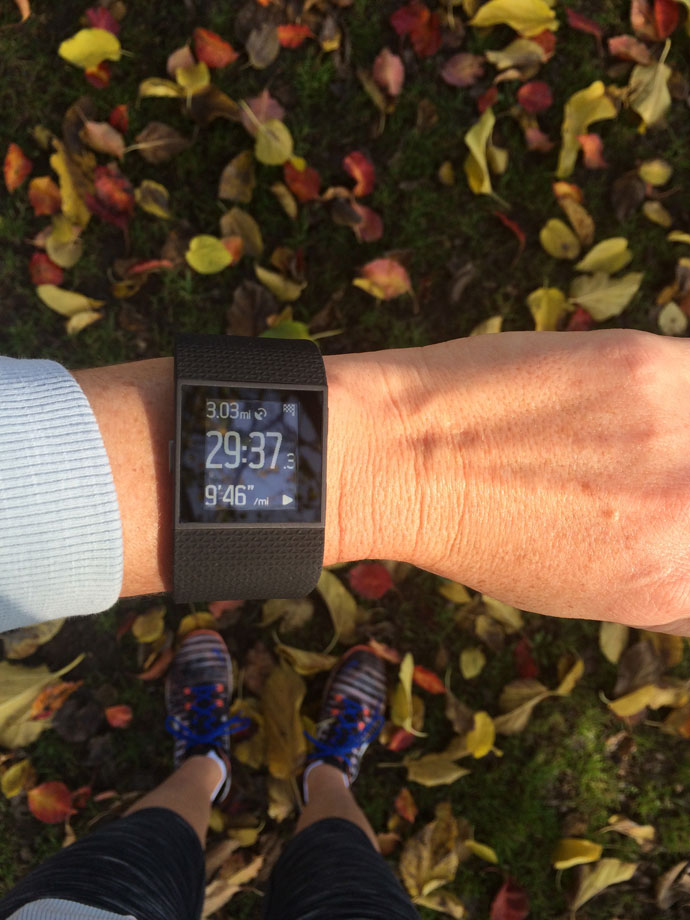 Wearing a Fitbit: Last Christmas I received a Fitbit Charge, however, I returned it so that I could purchase the fancy Surge when it came out. If I had to do it all over again, I’d have purchased the Fitbit ChargeHR instead of the Surge (smaller, less money and easier to wear at night), however I still love having a Fitbit and would rather have the Surge than nothing at all. It works incredibly well at keeping me mindful with how much I move, and the heart rate function is a great feature, especially when doing HIIT workouts. Side note, I’ve definitely noticed that any form of HIIT workout keeps my heart rate elevated for a longer period of time than a regular static exercise like jogging or yoga. This means my post HIIT resting heart rate stays elevated for up to 2-3 hours, whereas when I just do a static exercise, it falls back to normal straight after the cool down period. The benefit of this information? Well, it’s made HIIT routines a lot easier to get through, knowing that I’m really impacting my body and metabolism far beyond just the 20-30 minutes I spend in my routine. I’ve all but abandoned the app though, and checking in with how I rate compared to my friends. I got into it for a while, but eventually found it was making me unnecessarily competitive. The kids and Art have now caught the Fitbit fever as well, and the only one who doesn’t have one is Hayden. Art has the ChargeHR and the older kids have the Charge.

Calm PRT + Travacor: After my initial Hashimoto’s diagnosis, I visited an integrative doctor and naturopath, both housed in the same office, and they got me on a supplements routine. The 2 supplements that made an immediate and noticeable difference in me physically, was this sleep aid supplement combo. I was suffering with almost nightly insomnia, falling asleep very easily from exhaustion, but waking up between 2-4 amevery night, unable to fall back asleep. After taking this combo for about 2 months, I developed such a consistent sleep pattern that I no longer needed to take it. I occasionally suffer from the same type of insomnia, but now it seems to be directly related to being over tired, stressed or drinking wine too close to bedtime, and rarely lasts more than just 1 night. I can’t recommend this stuff enough!

Unsubscribing from news sources + political sites on Facebook: I am obsessed with keeping up with the news, as well as politics. But I have a bad habit of not only reading news stories and articles on Facebook, but also reading the comments. As the political landscape heated up in the last 6 months, I found myself wasting precious minutes throughout the day scouring the comments left on Facebook posts, trying to use these comments as a barometer of the political climate in the country. It was unhealthy on many fronts, so in late November I unsubscribed to all news outlets and political candidates pages, and my life has been happier and healthier as a result. I still keep up with the news by listening to the radio (Sirius has all the major news channels and then some), I just now have a lot more time on my hands since there’s no commentary to sift through. Added bonus, I no longer risk pissing off my friends on Facebook, since I was that friend who freely posted/shared politically charged articles. Win, win! 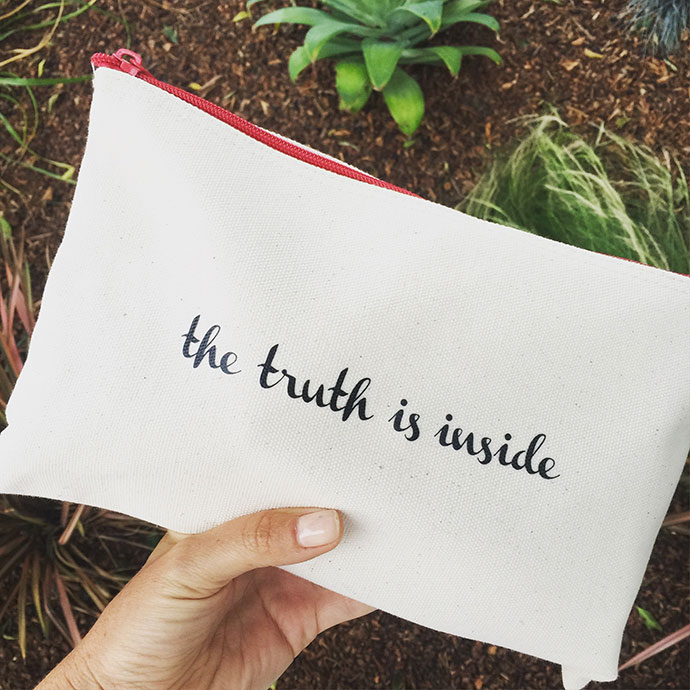 My Beautycounter Biz: Developing my Beautycounter business continues to be one of the best things I’ve done for myself, personally and financially, in the last few years. I am doing work I truly enjoy, for a brand I respect and love, and have been rewarded for it tenfold. It’s also been a great feeling, knowing that I’m playing some small part in helping women and families switch to safer products, and the regular paycheck has been a relief.

2015 brought on countless changes in our lives, from moving in and living with my in-laws for over 6 months, to dealing with the excitement and challenges of a home renovation. We have learned a lot this past year, and can’t wait to move in to our new home soon. Life was chaotic and unorganized for much of last year, but I have to say, I think we did a pretty good job of just rolling with it and learning from it, rather than allowing it to consume us. We made some mistakes here and there, but overall the year taught us a great deal about scaling back, not sweating the small stuff, and developing a clearer picture of how we want to live in our home, given this fresh start. We are damn lucky and grateful, and I can’t wait to get my hands on all our stuff and reorganize and re-prioritize.

What worked well for you this past year? I’d love to know.