I’m almost done reading Simplicity Parenting by Kim John Payne, and have found the insights throughout to be helpful and in many cases, reinforced ideas I had previously learned in other settings. With both Taylor and Syd, I attended a regular child development class held at our local community college, where we would allow our babies, and eventually toddlers, to roam around and “learn through play”, while us moms and dads learned parenting techniques and principles similar, if not identical to the ideas Payne puts forth in his book.

As both the older kids entered preschool, we enrolled them in a preschool co-op, where parents volunteered in the classroom each week, in a very hands on, learning-through-play environment. Truth be told, I believe Taylor owes her early prowess with a chef’s knife to the fact that each week she helped prepare the daily snack at school, using age-appropriate cutting tools and kitchen appliances. The environment was absent of plastic toys and character dolls, and was a beautiful blend of the Waldorf and Montessori education principles. In fact we even toured two local Waldorf schools and for a split second considered sending Taylor to one of them and then decided overall, it wasn’t the right fit for our family.  All this to say, Payne’s principles didn’t feel like much of a stretch to me, because his parenting philosophy was in line with principles I had learned (if not always practiced) years earlier, which was a good thing!

One concept that was entirely new to me though, and which I had never even considered, centered around simplifying meal planning. Payne writes:

“Family dinners get much simpler when they’re predictable: Monday pasta night, Tuesday rice night, Wednesday soup, and so on. By suggesting the system, do I have Mom or Dad (or whoever cooks) in mind? Well, yes, regular meals make preparation easier. But I recommend the practice mainly because it so deeply grounding and affirming for kids.”

Payne goes on to advocate for this type of meal planning because family dinners are the crutch of stability in kid’s lives, and can serve as the most pivotal way to establish a soothing and predictable rhythm in their day. The evening meal is a “red dot with a large arrow pointing to it: You Are Here.” In other words, the family dinner is a way to ground and center a child, and affirm that this is where they belong. But you may be nodding your head in agreement, thinking “sure, I already know this”, while also wondering how regular meals on regular nights change anything. I know I was. He goes on:

“The first argument for regular meals on regular nights is that it helps family dinners actually happen. Instead of marshaling tremendous energy, inspiration, ingredients, and creativity every evening, certain decisions are already made.” He goes on to explain how it of course simplifies life for the family cook, from the shopping list to grocery shopping to meal prep, having this predictable schedule makes life easier for the cook, and predictability is often seen by children as comforting, not monotony. “There are so many currents in day-to-day life, so many modifications, permutations, and variations on the wave, that rhythms tend to act as buoys, not anchors.”

Lastly, his final and most thought provoking case for predictable and routine family meals centered around entitlement. “Consistency also teaches us that some things do not change, though we may wish they would. Not everything bends to our personal preferences.”

In other words, when dinners are always in flux and everyone gets what they want by doing or demanding their own thing, we may end up with kids who treat eating, then possibly other bigger, more important things in life, as consistently malleable and flexible, just another thing to bend to our ever-changing will.

Now, I don’t know if we need to look at meal planning and weeknight cooking in such a philosophical way, but I am surely open to reassessing the way I meal plan if it will just make my life easier.

I immediately texted my friend Jules, who originally recommended the book and labeled it “life changing,” and asked her if she had ever tried this method. She replied that she had and it made life so much easier and the kids LOVED it. I pressed, and asked if the boys had ever gotten bored with it, to which she replied, “No, they didn’t, but I did!” I predict that I would get bored as well, but for the sake of giving it my full consideration, I played around with a couple of recurring menu themes that would limit boredom and yet make life easier.

Here are a few ideas I came up with:

Thursday: New Recipe Day (so many options, this will take some narrowing down)

Friday: Crockpot or Instant Pot Meal (this takes some whittling down too)

I know these are pretty broad categories and I should probably try to simplify it even more, but it’s a start. Jules’s weekly meals went something like Monday: beans & rice, Tuesday: tacos, Wednesday: burgers, Thursday: (she couldn’t remember) and Friday: homemade pizza.

I have another friend who has ordered pizza for her family every Friday night from the same pizza joint for the past 10+ years. Her kids love and look forward to this tradition so much so that a few weeks ago, while hanging out at our house after school, their oldest passed on a lovely home cooked meal to go home and have the same pizza she’d been eating every week for the past decade.

Syd would happily eat the same exact lunch every day, and with the exception of a variation here and there, pretty much does.

I recall my mom rotating through the same 10 or so meals all year long. Meat & potato tacos, steak picado, stuffed bell peppers, spaghetti and a few other not so memorable meals were the staples of my childhood. In fact when I told her about this meal planning idea, she replied, “Well that’s the way we cooked and ate in the 50’s.”  🙂

I don’t know if this idea of making each night’s meal fantastically exciting is a new phenomenon, thanks in part to the internet, Pinterest and food bloggers (ahem), or because of an over-abundance of fast-casual dining options, or because of The Food Network and the rise of the celebrity chef, but in any case, I’ve reached a season in my life when I desperately need to simplify and this seems like a very appealing way to do it. It’s at least worth giving a try.

What do you think? Would you try meal planning this way? What would your recurring themes be each night? Or do you already do something similar? I’d love feedback!

P.S. Here are some ideas on cooking with kids and 10 foods they can master by the age of 10.
This is Taylor’s favorite kids cookbook
This wavy chopper is a perfect cutting tool for young kids 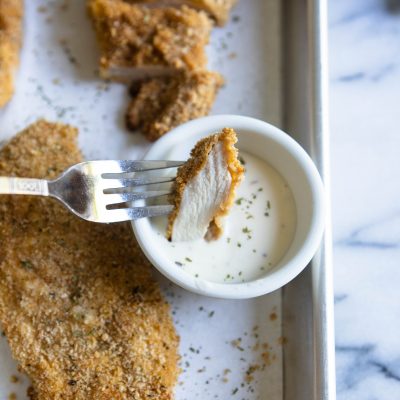 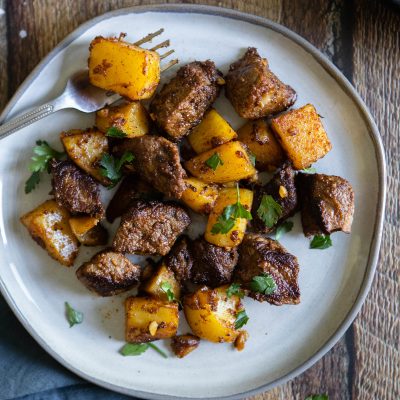 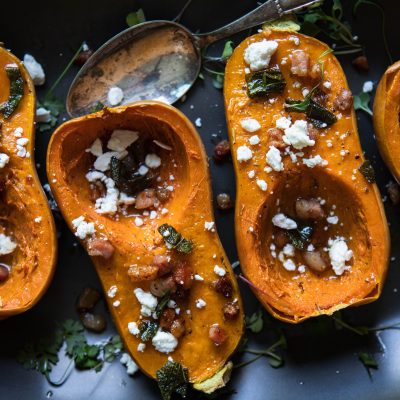