Home » Lifestyle » A Bit About Our Cooking Club 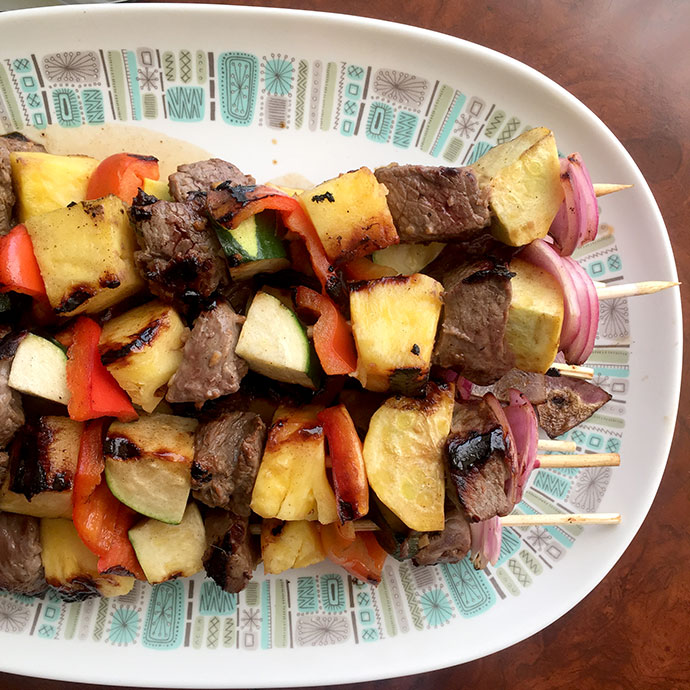 (pineapple beef kebabs – we prepped the veggies, beef and marinade at cooking club, and assembled into kebabs and marinated when we were ready to cook)

A few weeks ago, I helped the owner of my beloved boot camp, Happy Hour Fit Club, come up with a multi-dimensional meal plan for a new concept she wanted to get off the ground. She had toyed around with various meal plans before, including having participants swap recipes and even doing a few successful salad swaps, where ladies would prep big batches of their favorite salads to swap with others. But she wanted something new, which would hit a few goals including distribution of healthy meals, camaraderie and community, and of course making life easier for those participating. She came up with the Happy Hour Cooking Club.

The final concept reminds me a bit of Dream Dinners, but put a bit more power in the hands of the participants. Here’s a breakdown of how it works:

Each week’s cooking sessions lasted about 2.5 hours from start to finish, which when you think about it doesn’t save you a ton of time in the “meal prep” department, but it saves the mental energy that goes in to trying to figure out what to cook each night, and eliminates dinner-time stress. Since we’ve only been doing this for a month, I can’t say we wouldn’t get more efficient as time went on, but since the main objective wasn’t to save time, but to make access to healthy meals more achievable, I say we won big time.

A few words about choosing the meals, because it can be tricky. I volunteered to help develop the meal plan options because I have access to so many great, health-conscious cookbooks, and through all my research and writing, I’ve got a good grasp on truly healthy meals, versus those disguised as such. A challenge from previous healthy recipe swaps was that some would submit recipes that were for instance, low in calories, but quite high in processed foods like “lite” dressings as marinades and “corn flake” crusted cuts of meat, which were “gluten free” but still full of questionable ingredients. The objective therefore wasn’t necessarily low-calorie, but nutrient rich whole foods free of processed ingredients. 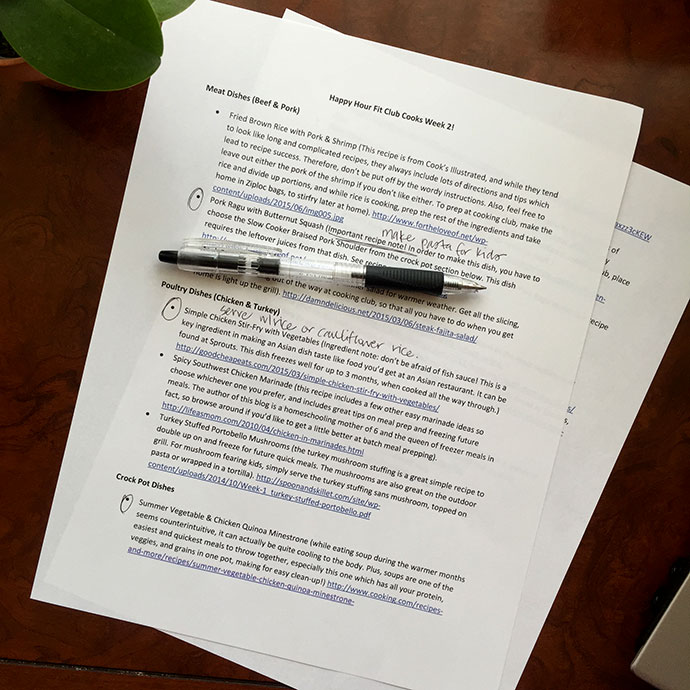 (cooking club ideas I distributed each week. Notes on ingredients and make-ahead prep tips included to make things a bit easier, but not necessary)

When I assembled the meal plans, I broke recipes down into several categories; meat (beef & pork), poultry (chicken & turkey), seafood, slow cooker and vegetarian. Each week I included 3-4 recipe ideas for each category, so that participants could pick for themselves from the section. I deliberately chose recipes that involved prep work we could get out of the way during the cooking club. For instance choosing to roast a chicken wouldn’t be that great of a selection because it typically involves a simple basting then popping in the oven. But a stew that called for a bevy of chopped veggies, or a meat dish that required an involved marinade were all great choices. Does that make sense? Most of the meals were ones I’ve been gathering for years on Pinterest, have used in previous meal plans, my own recipes from the blog, and because it was a small private group (i.e. not for profit), I even photocopied a few fave recipes from my own collection of cookbooks to share with my group.

What should you do if you want to replicate something like this with your own group of friends? Easy! Here’s a few tips to make it more manageable:

Lastly, have fun! I think I’ve answered any possible questions you may have, but of course feel free to ask in the comments, any I may have missed.

Previous Post: « Is the Planetbox Lunchbox Really Worth the Investment?
Next Post: Week In Review – Doing What Comes Natural » 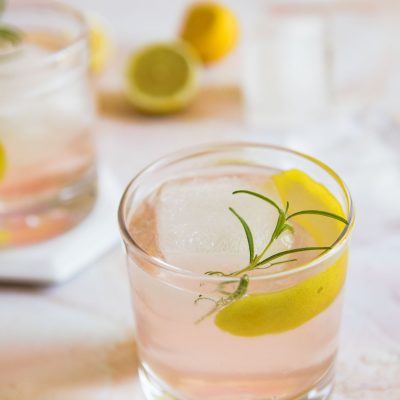 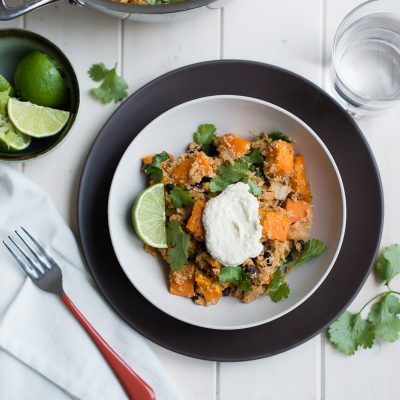 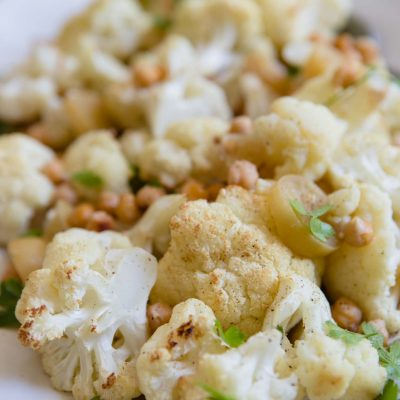